The following is a partial transcript of our interview with Terry Hunter for The Armando Project. Terry was on the road at the time, and took time out to answer a few questions and tell a few stories. A few patches of the interview – no more than five minutes total – were lost on account of ambient noise during the recording. Errors in transcription are the fault of the interviewer. 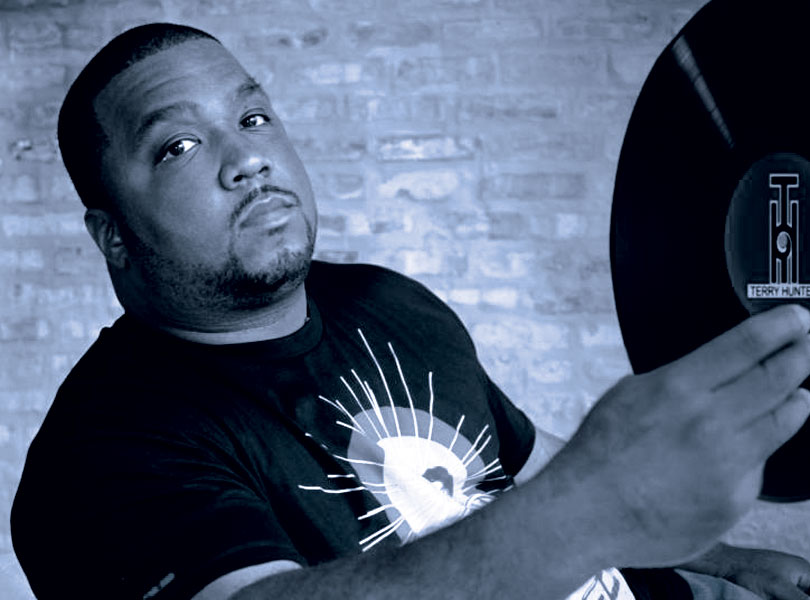 TERRY HUNTER: I knew Armando very well. I slept over at his house, he slept over at mine. I still know his address by heart – 9129 S. Aberdeen. I still know his phone number – write this down – 779-0865. That goes to show you – I remember that like it’s 1988 again. It’s been all of these years and I still have those memorized. I would never ever ever forget that man.

He was a brother to me. He was my best friend. Print this: without Armando, there wouldn’t have been any Terry Hunter. That’s honestly how I feel about that man.

He released my first track. Actually, both my first track and Ron Trent’s first track – “Altered States”. I heard it and told Ron, “You give this to me and I’ll take it and get you a deal.” Ron was a little younger so he didn’t know what to expect. But I knew Armando, and Armando had a record label, Warehouse Records. So I was the conduit, and I told Armando, “Man, this thing is bananas, you’ve got to release it.” And he had a great ear, so he knew right away. So he signed Ron Trent for “Altered States,” and he signed me for my first record, which he released on Muzique.

Back then, we would make tracks but we’d keep them on reel-to-reel. Every DJ wanted his own tracks that only he’d have.

I’ll tell you – Armando introduced people to a lot of their “firsts” – for me, over and over again. My first record. Ron Trent’s first record. And Armando took me into a studio for the first time. Mike Dunn had the only studio we knew of. I wanted to get my name on a track so Mike Dunn sampled himself saying “Terry Hunter, Terry Hunter…” just kind of a loop over and over again. And you know I still have that on the original reel-to-reel. I just wanted something with my name on it. But Armando made all of that happen.

Who were the Chicago Bad Boys?

TERRY HUNTER: In the early days, that was Brian Harris, Steve Poindexter, Armando, myself, and several other DJs that were up-and-coming at the time. We would play our gigs and promote them as Chicago Bad Boys parties. It was Armando that took us into the hotel parties, which he knew about from Lil Louis…

TERRY HUNTER: Oh yeah! There’s one that will make you laugh. This plays a lot on the partnership and the brotherhood that me and Kenny Dope have, and I’ll never, ever forget this. We were in New York for the New Music Seminar. I don’t know if you remember, but at the time the New Music Seminar was really big. This was before the Winter Music Conference. And this was a place where, literally, rappers and House people used to connect with each other.

I’ll never forget this. We’re sitting in the Red Zone, me and Armando, and here comes a guy with seven or eight people. One of those people in fact happens to be Todd Terry. Todd sees Armando’s badge, and turns around to this big pish-looking dude from Brooklyn standing next to him. Todd says to him, “Yo, here that motherfucker is right here!” That big guy was actually Kenny Dope. The problem was, Todd Terry sampled a record, and Armando sampled the same record for “100% of Dissin’ You,” saying “I’m gonna dis you right now.” Todd interpreted it as Armando saying, “I’m going to dis you right now” – meaning, Todd Terry.

In those days, I was a thug. All I saw was Todd Terry grab Armando’s badge and talk to this big guy standing next to him. I didn’t know it was Kenny Dope. I’m like, “Who is this?” Armando says, “That’s Todd Terry.” And at first I was like, “Oh, shit! Hey, Todd, what up?!”

But these dudes started surrounding us. He’s talking to Armando and I don’t know what’s going on. I was like, “I don’t know what this is about, but dude, stand up for yourself. Defend yourself!” Armando’s telling him, “Todd, I wasn’t dissin’ you – it was just a sample that I took” – and on and on.

So I go up to Kenny Dope and I say, “Look, you guys might beat us up, but I’m going to stab everyone one of you sons of bitches in here!” There’s this big commotion in the middle of the Red Zone and it’s Armando and me with a half cracked bottle of champagne with people from Chicago runnin’, and people from “New Yawk, New Yawk” runnin’, and security runnin’. It was so funny.

Everything got defused. The next day, we’re chillin’, and here comes Kenny Dope and Todd Terry. Todd had figured it out and everything was squashed. Kenny walks up to me and was like, “Yo, what up? Respect, I didn’t know that was you. We sold a lot of your records at my store that I work at in Brooklyn. You’re a real dude, you stood up for your man, we like that. Yo, give me your number.” Since that day, me and Kenny Dope have always remained in contact and we’re like brothers now. Todd Terry, too. Because of Armando. So you go figure that.

That was such a great story! I was like “Armando, you’re always getting us in trouble!” Armando wouldn’t hurt a fly! But here was one of the biggest commotions, and because of that situation, it’s how me and Kenny Dope and Todd became the best of friends.

Were you in Chicago when he became ill? That was a time when a lot of people from that generation were starting to really make it big and move out of town and so on.

TERRY HUNTER: Oh yeah, I was here. And I’ll tell you the truth: I walked in there, and I saw him, and it destroyed me. It destroyed me. He couldn’t even eat, he couldn’t hold his own fork. When I tell you that it ripped me to shreds… He still tried to smile in front of us. To this day… You know, his mom was like, “Terry, don’t go in there. You’re not ready to see this.” I’m like, this is my man, how bad can it be? But I wasn’t ready.

And when he passed… All of us went through some stuff. Myself with Mike Dunn went through a lot – you know, we were young and we didn’t know how to handle it. When I saw Mike at the funeral, we just hugged and he looked at me and said, “Man, this is a bunch of years we’ve got between us…” So we worked it all out…

After Armando passed, Mike went over when his mom asked us to come over and get some of his equipment. Armando had a lot of my records that he had picked up for me, but I couldn’t do it. I remember Mike calling me and saying, “Terry, I went to Armando’s house and went through the records, and a lot of your records were over there.” Because back in the day we used to write our names on the records. He’s like, “I’ve got a pile of your records.” But I was like, nah, I’m cool. I couldn’t go over there. It was crazy.

But listen: this is why I say that without Armando, there wouldn’t have been any Terry Hunter. Even though he had his own thing going on, he always supported his friends, encouraged us. The first time I played in Atlanta, Armando came down there with me. He wasn’t playing – he just wanted to come down with me for support. But this is another story that you’ll like.

Everyone back in those days were playing classics. It was actually similar to how it is today. Everywhere it was classics, classics – by which I mean disco, and by then, some of the older House records. That’s all anyone wanted to hear. Glenn Underground, Boo Williams – you can print this, they were discoheads!

What happened is that DJ Lil John, Armando and I went out to New York for the New Music Seminar. That was a big deal then. We went out to Zanzibar and heard Tony Humphries spin and – man, it was like a revelation! The next day, Lil John and Armando were going out from the hotel to the conference. I said, “Go ahead – I’m going out to New Jersey.” I went to Movin’ Records, a record store there run by a lady named Abigail Adams. That day I bought $700 worth of records. That’s $700 then. I’m not kidding – I had to FedEx them all back.

Well, the first time I played those records here in Chicago, the dancefloor parted right down the middle and there wasn’t a soul out there. Every DJ in this town – I can’t stress this enough – every DJ in this town was ripping on me for playing these whack new records. “What? This is Chicago House! You want to sound like you’re from New York, Terry?” Really, everyone was dragging my name through the dirt.

But the one exception was Armando. I remember one night he came up to me and said, “You know, don’t worry about that. We’re tight, and I’m not going to stop booking you.” That meant so much. Business is business, but he knew this would be big. He knew this was the right way, that we had to change and had to play new music or this would never grow.

Well, go ahead now to three years later. I’m playing in London. I had formed a group called UBQ, and then it was just Aaron Smith and I holding it down. We’d released a lot of hit records and they were going crazy for them in the UK. Armando was booked to play in London at a smaller event at the same time. For me, there were 4,000 people packed in to see me, my name was literally up in lights. And Armando snuck up into the DJ booth.

He said to me: “See? I told you this was right.” And he hugged me. I almost teared up then. I mean, I was all thugged out back then, I was tough, so I didn’t try to show it… But to have someone believe in you that much…

I will never, ever forget that man. I miss him every single day.

Emmaculate: Man In The Box 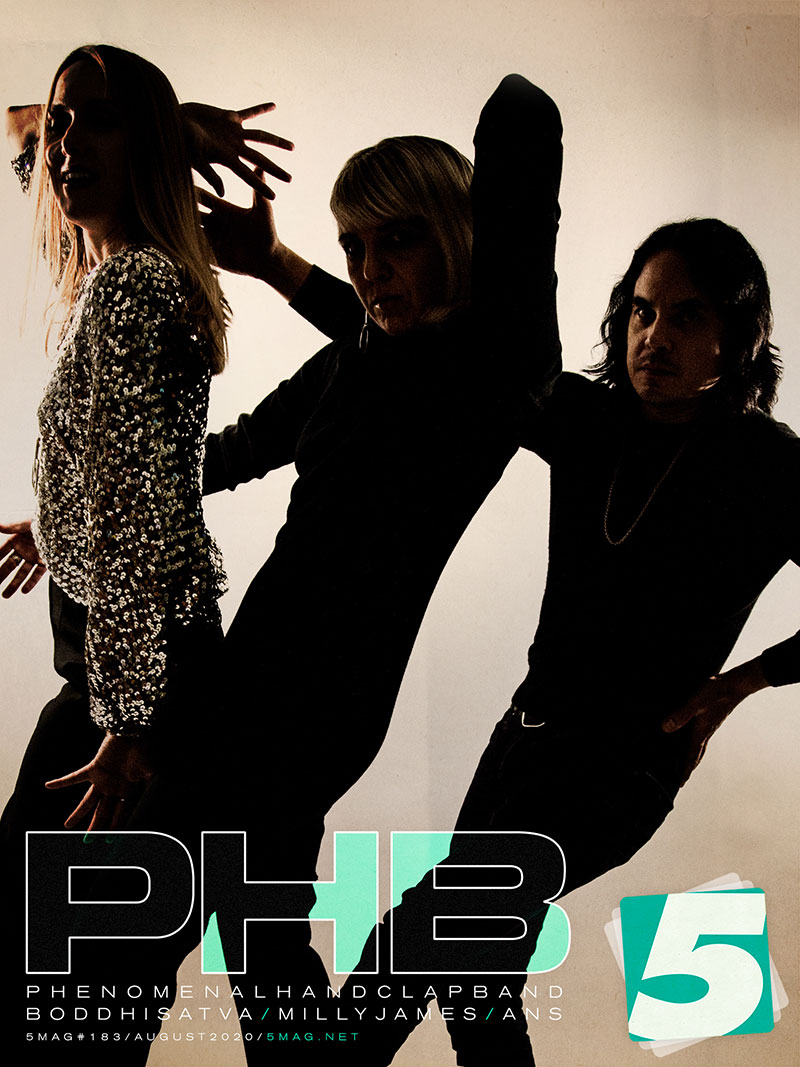 Going Free Form with Hugo LX on People of Earth