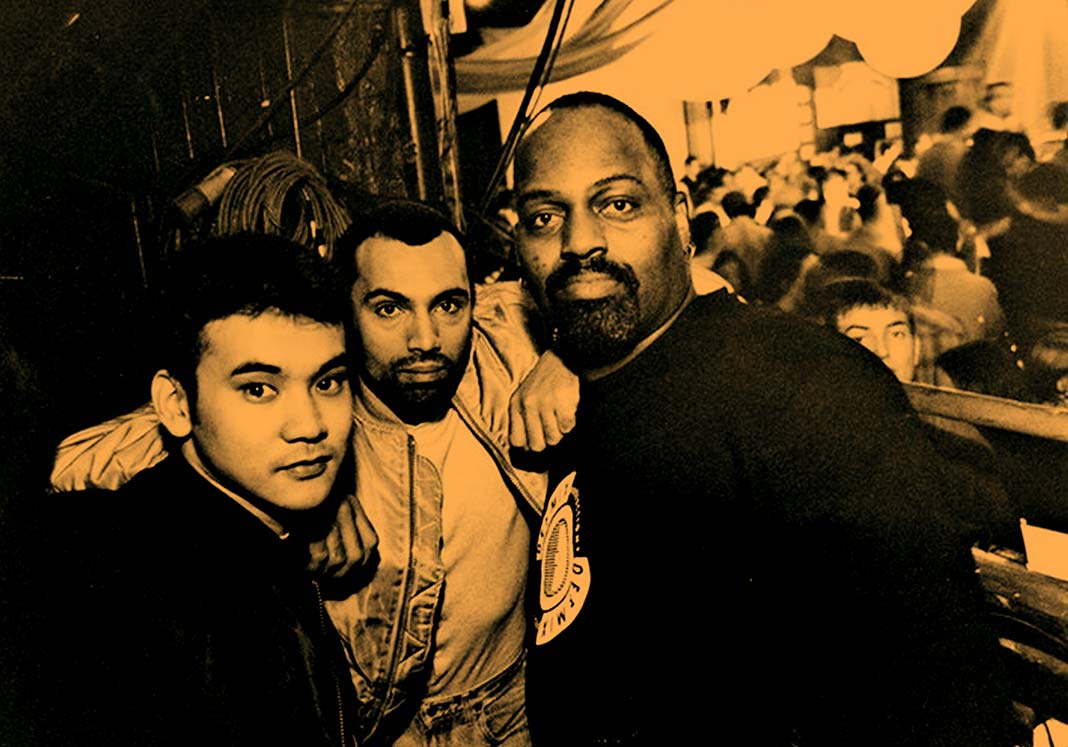 Symbolically and appropriately, 5 Magazine, a Chicago publication (in origin and spirit), was and is intricately tied to Frankie Knuckles.

Without pause, Frankie Knuckles not only lived the “roots of modern dance” – he personified the FOUNDATIONS of our dance floor… in real time. He was ever evolving and yet somehow stayed true to his SOUL … not in genre but in the essence he created and exuded.

As 5 Magazine’s “Philly-and-the-rest-of-USA” connection, I reached out to over 40 DJs, singers, and music industry veterans outside of Chicago with a request for their take on how Frankie inspired them as well as their favorite FK song or remix. Since our industry folk aren’t always noted for their follow-up, I expected just a couple of responses.

Of course I was wrong. This was about FRANKIE so the world-wide legion of “brothers and sisters” that are joined together forever… for the love of HOUSE – responded. Here are just some of their countless memories and reflections:

Leroy Burgess
“Frankie reached out to me in early 2012 for my feedback and clearing rights for a song using ‘Mainline.’ I was floored by the lyrical and melodic content, B. Slade’s vocal range, flawless production, and the groove was imperatively compulsive and hypnotic. Already a lifelong fan of his, this was the cognac-soaked cherry-on-top… I was proud and honored to be part of it. His being called to Heaven so early remains a great sadness in my life. But the song, ‘Get Over You,’ remains amongst his greatest gifts!”

Ray Caviano
“Without question, my favorite was the ‘The Whistle Song’ – that remains a timeless classic. I think of his warm smile and his true passion to the music. There are many great producers/remixers and club jocks, but the iconic and extremely talented Frankie Knuckles stands in a class by himself.”

Johnny D
“Frankie was one of the few artists/producers/remixers/DJs who stayed true to his sound as the dance music world around him changed dramatically. A stand-out production for me was “I’ve Had Enough (Frankie’s Favorite Version)” by Denitria Champ.”

Chuck Love
“Frankie’s smile lights up househeads worldwide and will for a long time. ‘The Whistle Song’ is so simple and that hook! It has a laid back vibe that feels like home.”

Mr. V
“Frankie inspired the entire dance music scene to appreciate the musicianship in House Music. His style was incredibly unique… that separates Frankie from even the most prolific producers in any genre of House Music today. Favorite production? ‘The Whistle Song’ for me.”

Ian Friday
“Like any master, he stayed relevant and excellent throughout the sonic changes over the years. ‘The Whistle Song’ was a juggernaut and despite its immense success, Frankie remained humble, happy & accessible. He taught me that success didn’t have to adversely affect you.”

Evan Landes
“Frankie inspired me to never half-ass anything! ‘Matter of Time’ featuring Nikki Richards was the first of three mixes that he asked my ex-partner and I (as the Groove Junkies) to do. I’ll always be indebted to FK!”

Josh Milan
“Despite being an old school cat, he was able to stay relevant even in the studio. What he did on Lil Louis’ ‘Fable’ featuring ChinahBlac stands out for me.”

Julius Papp
“Frankie inspired me to appreciate QUALITY House Music and to dig deeper for those gems! ‘Tears’ will always be my song.”

Hector Romero
“Frankie always inspired me to play from the heart! Chante Moore’s ‘This Time (Frankie Knuckles Bomb Mix)’ is my tune.”

Nickodemus
“I saw an FK set at an early age that taught me so much… it felt like I was let in on a secret society! When ‘The Whistle Song’ was released, it was as though the deep underground dance scene was now public. The secret was out and it brought a smile to everyone’s faces.”

Victor Simonelli
“The title of my favorite song that he remixed says it all for me: ‘Out of My Hands (Love’s Taken Over) by Unfinished Business with a Really Real Mix by Frankie Knuckles.'”

FOR ME, Frankie Knuckles was the DJ that was so good he inspired the rest of us to adjust our schedules to pay to see him play! In the last ten years I had the good fortune of getting to meet him and we had a few great chats. In every encounter (as so many others remember too), Frankie was always the gentleman – professional and generous with his time… even though so many wanted it. He was also very joyful – about music and the “art and science” of making people dance.

Think about that. It’s the very core of what a singer, song writer, producer, and DJ aspire. Frankie would wax poetic about that subject – because it always and in all ways mattered to him!

That was what inspired me then and what will always inspire me as I reflect on Frankie’s life. Despite his incredible success, he stayed true to his FOUNDATIONS – a real love of music and a parallel love to help make people dance!

Francis Nicholls was a person – a man with dreams, hopes, and talents for which his lifestyle was not yet societally accepted but it was, as he was, in the realm he LOVED: music! The confluence of disco, emerging subculture of clubs, and his move to Chicago “birthed” FRANKIE KNUCKLES. “Frankie” would become the mononymous moniker of an icon… a veritable and thematic GODFATHER of this thing called HOUSE.

With all of that said… it was really his unwavering passion, kind spirit and literal and figurative soul that inspired his legacy.

It is not “Frankie RIP” but rather “FRANKIE LIVES FOREVER!”

“You’re the Deepest MF Around”: Matthias Heilbronn & Monique Bingham team up on “Something”

Stephan Hoellermann & the roots of this thing of ours

Dancing While Black, Young and Queer in the 1970s 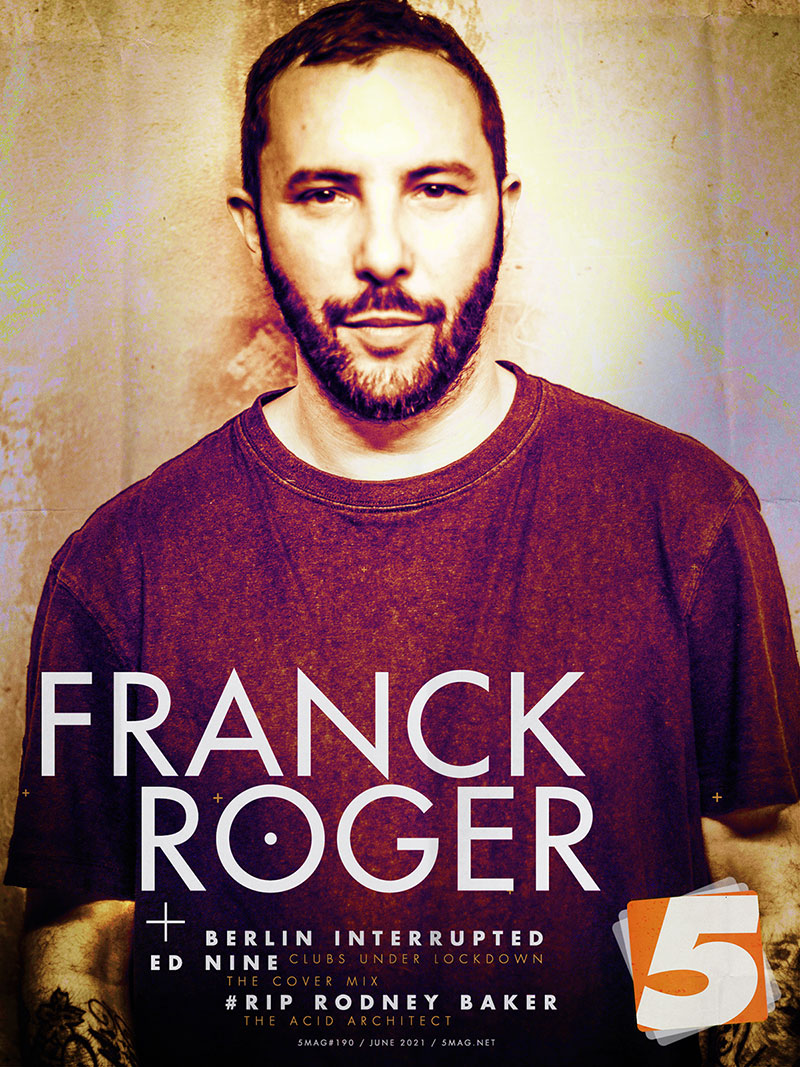 Terry Matthew - June 15, 2021
Chicago institution Smartbar will reopen starting this weekend for the first time in 16 months. Here's the line-up:

#Rejuvenate – inside the new 5 Mag

Frankie Vega and Tim Vitek are Junction One, and this is...

What Goes Around launches with remix of Iz & Diz classic...

Report offers scathing look at diversity in the music industry