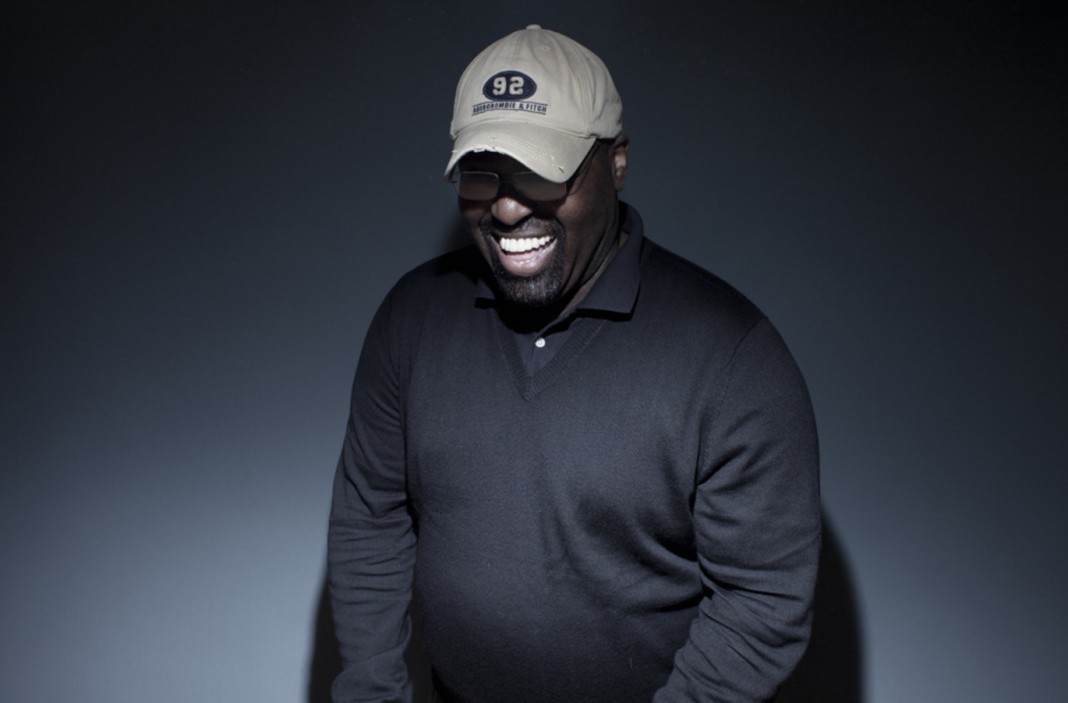 While many founding fathers of House Music become complacent and rest on their laurels of yesteryear, Frankie Knuckles is busy churning out tune after tune like his life depended on it.

Last week he sent me five songs he had recently completed, some out and some scheduled for a later release. Without question this man is one of the most talented producers and songwriters of our time. And he’s on a mission to bring back the U.S. as the stronghold of House Music.

My question was, when did we lose our identity? How did this happen?

When we were having a conversation last week over the phone, you were telling me with all the new music you are putting out, you want to put American House Music back on the map. Can you explain to us what exactly you mean by that and the misconceptions that you’ve been hearing about House Music’s origins in Europe?

After returning to work from my hiatus a few years ago I really took notice of how much “HOUSE MUSIC” had changed. Especially from the vantage point of being in the USA. I’ve been traveling for the better part of the past 20 years. Consistently since 1997 after closing Sound Factory Bar in New York.

Audiences turnover every few months. Folks you meet during Spring Break may not be around in the Fall. However, when you’re in the DJ booth you don’t always take notice. You only notice the regulars. I came to the realization that the identity of “American House Music” had almost completely disappeared from recent consciousness amongst today’s youth. God! I sound like an old man. Nonetheless, I overheard some of the neighbors’ kids having a debate about House Music and its origins. One claimed its origins are European and the other from Chicago. The half that recognized Chicago got overruled by the others saying that Europe is the originator of House Music, using DJs like Tiesto, Armin Van Buren and various others from that region as the rightful founders. I must admit I was miffed and devastated!

My question was, when did we lose our identity? How did this happen? I pondered these questions and the answers eventually fell into my lap. Recognizable personalities like myself, Vega, Morales, etc. took our acts on the road the minute the whole Trance/Techno movement hit these shores. I think Boy George coined it best: “Trance and Techno music is designed for white boys that can’t dance”.

I’ve been haunted by that debate and the reality that House Music really isn’t represented as well as it can be. And I understand why. As the Rave scene took off here in the USA, we were already conquering Europe, Asia, South America and beyond with a sound that is classic Americana. I think spending so much time away from home took its toll on House Music’s identity.

So, I’ve been on my own personal mission to bring it back to where it belongs. I think technology is great and everyone seems to have learned it well enough to make their own tracks but… Okay, so what else you got? Your tracks are cute but not memorable. American producers and musicians and DJs have so much more to say but to me it seems like all these bedroom producers are being limited by the four walls of their bedrooms. Their music does not grow. It’s of the moment. It’s sad.

So, my mission is to bring the quality of what was great about this music in the late ’70s and the ’80s and the ’90s front and center. What do I hope to get out of it? More inspiration by my fellow colleagues. More camaraderie. Perhaps a greater community to educate those that are coming up behind us. Who knows, maybe we’ll create a situation that will make more jobs available for everybody.

Your work with Jamie Principle is classic Chicago House and we’re so happy that you’re back working with him! Will you be releasing an album pretty soon? Tell us a little bit about what to expect with this renewed collaboration.

Jamie has enough material for 6 albums. However, this isn’t an album market right now. But we’ve been working at this for awhile and to produce a legend like Jamie it takes real work. Real work takes real money and neither of us are rich. But we do share God’s gifts and where there’s a will… We’re gonna take it one single at a time. One of the blessings about working on this end of the business, especially at the pace we do, we have the advantage of getting it right no matter how long it takes.

The one thing I really notice in your productions are how rich and full the sounds are. I’m thinking, he’s got to be making all his music in top-of-the-line major label studios with hundreds of thousands of dollars in equipment! And yet you told me I would be surprised if I were to see Eric Kupper’s studio because it really is quite modest. So I guess there’s a way to get that amazing sound without breaking the bank?

Absolutely! Eric and I have been working in production since 1991 when we produced “The Whistle Song.” We’re celebrating 20 years together as friends and co-workers. After getting back to work a few years ago and remixing Hercules & The Love Affair, I felt compelled to get back to work remixing and producing. “BLIND” was a bonafide #1 hit in Europe and the UK and I was being urged by Simon Marlin (The Shapeshifters) that I need to seriously consider getting back to work. We kept talking about collaborating for a few years but never quite got around to it. And at the same time I had remixes coming my way by the likes of Depeche Mode and various indy bands. I didn’t bother questioning whether I wanted to do it or not, I just dove in headfirst. On the heels of that DIRECTOR’S CUT was born. After hearing that “Frankie Knuckles” was no longer relevant to the music industry, I had no other choice but to step back and take a whole new approach towards HOUSE MUSIC if I were to prove the naysayers wrong. I have my work cut out for me but, I do have a strong foundation under me with Kupper and my DefMix Family. All I have to do is stay focused and not drop the ball.

I was surprised that you decided not to have remixes done for your song with The Shapeshifters “The Ones You Love”. But now over a year
later DJ Meme has put one out. Can you tell us the circumstances behind this and do you plan on more people doing remixes of it?

It’s not that we decided not to put out additional mixes. At the time of the original release of “The Ones”, I was just really getting back to work, traveling and getting readjusted to playing again. We were waiting conservatively for enough time to pass before re-introducing the song in a fresh new way. Meme being one of my oldest and dearest friends always loved the choon. He wanted the parts to play around and, voila! He breathed new life into the song and I, for one could not be more happy.

Your parties in Chicago are some of the biggest events of the year. I know in the last few years you’ve been shifting some of your usual venues around and experimenting with new ones. What have you observed about Chicago’s parties and can we expect more FK parties for 2011?

Well, the parties are on the back burner for now. I have too much road work that I’m obligated to do that it takes me away from home. Those events are major undertakings and require serious attention to every detail. So much work and not always enough appreciation. Plus, the production work keeps me busy all the time. My focus isn’t on producing those events anymore. If I can’t do better than 100%, I can’t be bothered. Okay!?

The house that Frankie Knuckles built for us 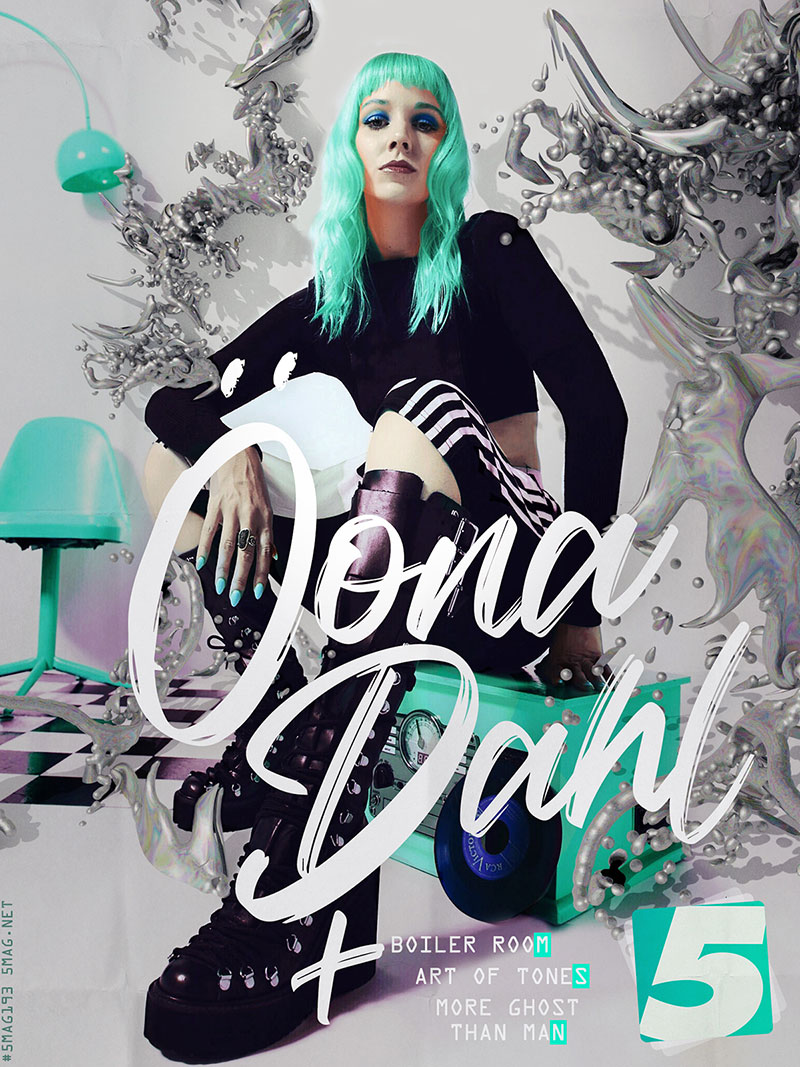 Terry Matthew - November 30, 2021
How do you measure a successful underground label? We ask Art of Tones on the founding of his new label Palp.