The classic has never really gone away. While there is contentious debate about which machine was the first electronic musical instrument, there’s no question that the Theremin was the first one which was mass-produced as an instrument intended for the masses.

The Theremin was also the first Cold War instrument — the product of a Soviet research program into proximity sensors, presaging the next 60 years of inventors re-appropriating military R&D for sound design and the instruments to design it.

The physicality of playing a Theremin — an instrument that the performer never touches, but passes their hands over a pair of antennas controlling pitch and volume — intrigued a young Bob Moog. The future modular synthesizer inventor built his first Theremin at age 14 and for 60 years a Theremin has had a place of honor in the Moog Music catalog.

In April Moog Music updated their Theremin models previously sold as the “Etherwave Standard” and “Etherwave Plus” as an instrument simply known as the “Etherwave Theremin.” Hand-built at Moog’s Asheville, North Carolina headquarters, the Etherwave Theremin boasts “improved bass response and stability in the lowest registers,” improved antenna connections for quick assembly and teardown for travel and CV output integration from the Etherwave Plus for connecting with modular, semi-modular and Eurorack synths.

The Etherwave Theremin is out now from Moog dealers and at moogmusic.com. 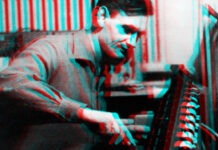 Space Oddity: the weird history of the Soviet ANS synthesizer 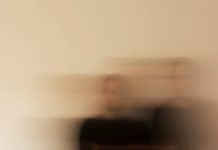 Sally C delivers the next serving of Big Saldo’s Chunkers

New York tries to hold Ticketmaster’s feet to the fire

Hidden Spheres – You Are Not Your Body

Freakeasy brings the sound of the underground to downtown Chicago this...

Worldship Music drops a V/A for the ages