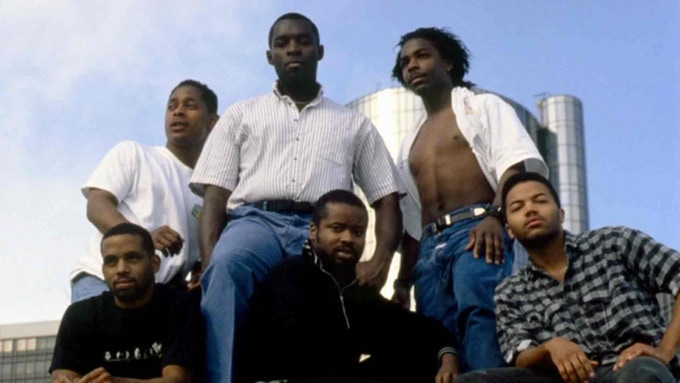 The film by director Kristian Hill and producer Jennifer Washington focuses on the origins of EDM in the black producers of Detroit – namely, Juan Atkins, Kevin Saunderson, Derrick May, Eddie Fowlkes, Blake Baxter, and Santonio Echols. God Said Give ‘Em Drum Machines tells the story of “Detroit’s 1980s unsung African American community that created Techno music and how the business of music betrayed them.”

Techno became an overnight sensation and so did Juan, Kevin, and Derrick. But it didn’t happen for the rest. When the money entered the picture, friendships were broken leaving them fractured as a group with no collective bargaining power in the music business. With no knowledge of publishing and licensing, Blake, Eddie and Santonio, whose contributions went largely unrecognized and uncompensated, were left in a state of heartbreak and despair to this day.

DePaul’s Visiting Artists’ Series will present a rough cut screening of God Said Give ‘Em Drum Machines, a presentation on the making of the film and a conversation with Washington and Hill afterward.

The screening will take place at 247 S. State Street, Daley Building in Chicago on Friday October 18, 2019 starting at 5:30pm. RSVP via eventbrite.

Future/Classical: The Journey of Kate Simko

Cosmic Trax: The Electronic Sutras of Scape One

Acid is Love, Acid is Life & Kerrie Debuts on I...