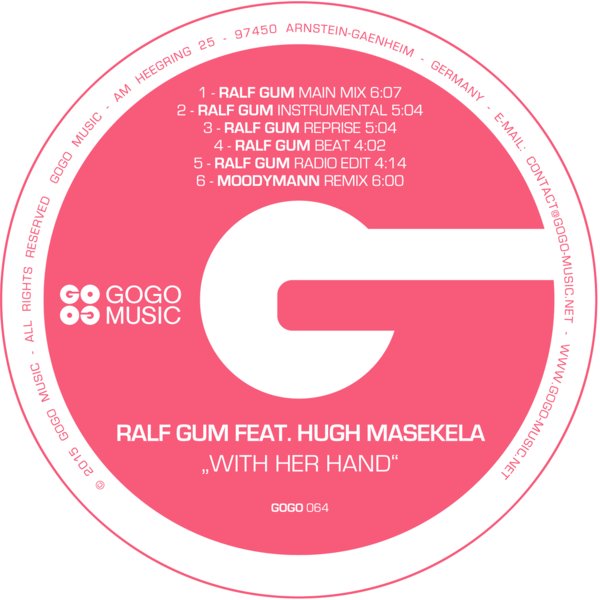 Ralf Gum always provides heavy ammunition for his DJs. The third single from his 2014 album In My City dropped yesterday in promo release on Traxsource with a surprising mix from Detroit’s Kenny Dixon, Jr. aka Moodymann.

“With Her Hand” features Hugh Masekela on vocals. Co-written by vocalist Monique Bingham among others, the lyrics are actually inspired by the reconciliation between Nelson Mandela and Winnie Mandela before the iconic African freedom fighter passed away in 2013.

Moodymann’s remix is a hell of an adventure, stripping the original down to a low thump, a carriage of gleaming percussion and something like fragments of Masekela’s trumpet and Monique Bingham’s background vocals floating by.

The “With Her Hand” remixes are available now on traxsource, worldwide on March 20 2015.

DJ 3000 and the Story of Motech Records