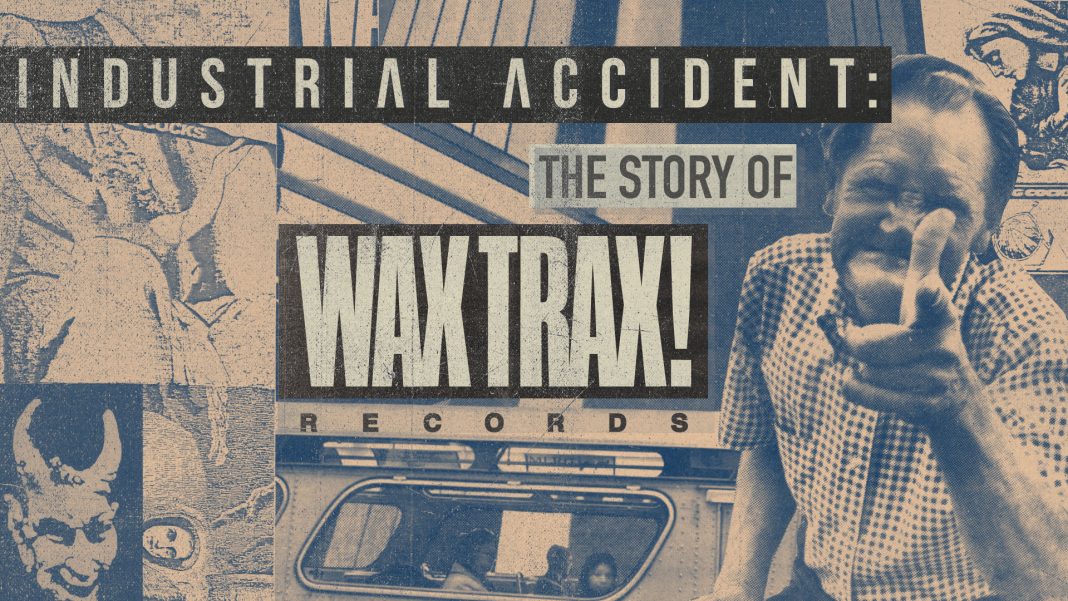 Industrial Accident has been making the rounds on on the festival circuit and city screenings for the last year. It’s been showcased more than most music documentaries, and there’s a good reason for it: Wax Trax is important, really important. It was in a sense Chicago’s version of Factory Records – more grit, more grime, but the same type of incubator of amazing talent in a place that other record companies had all but gave up on.

And it’s an important part of the city’s musical legacy too, both the label and the record shop and the way both were inexorably intertwined with Chicago’s electronic music scene. Guys like Van Christie banged out Die Warzau and Pigface records by day and produced acid tracks by night. You saw many of the same faces in the Wax Trax store that you saw at Red Dog; places like Medusa’s and Smartbar were defined as much by Ministry and Front 242 as the city’s second wave of house music producers.

So it’s with some interest that we hear Record Store Day and Vans are teaming up with Julia Nash, director of Industrial Accident: The Story of Wax Trax! Records and daughter of Wax Trax! co-founder Jim Nash for a multicity series of screenings of the film and a special release of the soundtrack.

Also, Wax Trax will be releasing a special edition soundtrack for the film containing unreleased tracks as well as ones from artists closely aligned to the label, including My Life With The Thrill Kill Kult’s “A Daisy Chain 4 Satan” (Acid & Flowers Mix), Revolting Cocks’ “Animal Nation,” Ministry’s “Tonight We Murder” and more.

You can pre-order a bunch of this stuff ahead of an April Record Store Day-coordinated release at waxtraxchicago.bigcartel.com.

Watch the Trailer for Wax Trax! The Documentary

The mysterious Clive From Accounts returns on Cooking The Books