Let’s get one thing straight: for all its idealism in bringing people together from every race, age and socioeconomic status without judgment, the world of house music is and will always be a microcosm of the world at large. There are plenty of wonderful people to get to know, create with and dance alongside. And there are just as many (if not more) slime balls, egomaniacs and opportunists waiting in the wings, ready to sour your whole outlook on this thing that you love so dearly – this thing that gives you a necessary break from the everyday struggle. If you’re a lifer like I am then you’ve walked upon the road of disillusionment and disappointment too, more than once.

So let me remind you of something that I hope will aid us all in this journey and bring us back to center as we continue to move forward: As important as the music is, what this is REALLY all about is – wait for it – relationships.

Ambition is admirable but if you intend to stay the course you’ve got to remember that anything worth achieving is meaningless without your people in your corner to celebrate it with. These are the people who know you, who can call you on your shit and back you up if anyone dares soil your good name. These are the people who will forever jam your music and dance in an otherwise empty room because they get it while the rest of your town doesn’t.

If we never make it (and that’s most of us) we can always feel on top of the world for a night, playing our hearts out, vibing with the fam. Nights like these keep us coming back for more, chasing that same energy.

I’m approaching my 20th year as a DJ, having started when I was 16 years old. I’ve been a part of multiple DJ crews and production teams. I’ve danced in clubs that are now closed, with people who’ve moved away. Or worse: passed away.

We keep doing this DJ stuff and maybe someone here can do it, but most of us… we’re not going to make it.

I’ve set up headliners, rocked my fair share of primetime slots and relished opportunities to open. I’m STILL not sure what it is I want out of all of this.

What I DO know is that I can’t buy the feeling I get when I finish playing a good set. Playing music takes me outside of myself and gives me that thing that I need. That thing helps to carry me through the everyday struggle until it’s time for the next gig.

And in between the sets there is your fam.

Your fam doesn’t have to be that difficult to find. I like to say that real recognizes real, not to mention real can spot fake from a mile away.

Nevertheless we’re all part of a community. Life tip: I’ve been known to speak a little too freely and publicly in my past, which can reflect poorly in the eyes of a tight-knit community. What I haven’t always understood is that while EVERYONE has issues, you don’t need to spout off about them to anyone willing to listen. But you can be real with the people you trust 100%.

It’s the entertainment business. Being brutally honest will win you zero jobs and even less favors, but if you want to stay sane you better have someone you can talk to.

DJ Sneak and Deadmau5 are both well known for their public honesty, and so I’ll be publicly honest and say I think a lot of the time they’re just being smug smartasses trying to prove a point. They may not get points for it but I’ll bet you they’d say it helps keep them sane in an insane world. And why wouldn’t the world of EDM drive a guy like Sneak bananas?

So these two were “feuding” a couple of years ago and Deadmau5 said something about “scenes” and how they come… and then they go. They don’t last and you can’t raise them from the dead. And he was right.

What truly lasts is the timeless music – and your fam. Your people are here when it’s good and when it sucks. When it’s good you do not worry about what someone else may be doing. You’re worried about what YOU are going do for YOUR next party! When it sucks you’re looking for the next avenue, adapting and changing with the times, being true to your soul. Looking for a new home perhaps? The thing is that it’s always coming! We are never truly homeless in house.

Last year my friend and crewmate Jamon passed away from cancer at 41 years old. Jamon (aka J.A.M.O.N.) has been fam in my city of Austin, Texas for decades. We went to the same high school, a generation removed from each other, and I met him while attending college 30 minutes away in the city of San Marcos. He always loved Cajual and I remember him losing his shit at that first house party when I dropped some Green Velvet. Ten years later he was still losing it when we were part of the 4Jackz crew and I’d drop something he liked. Jamon was always Jamon! 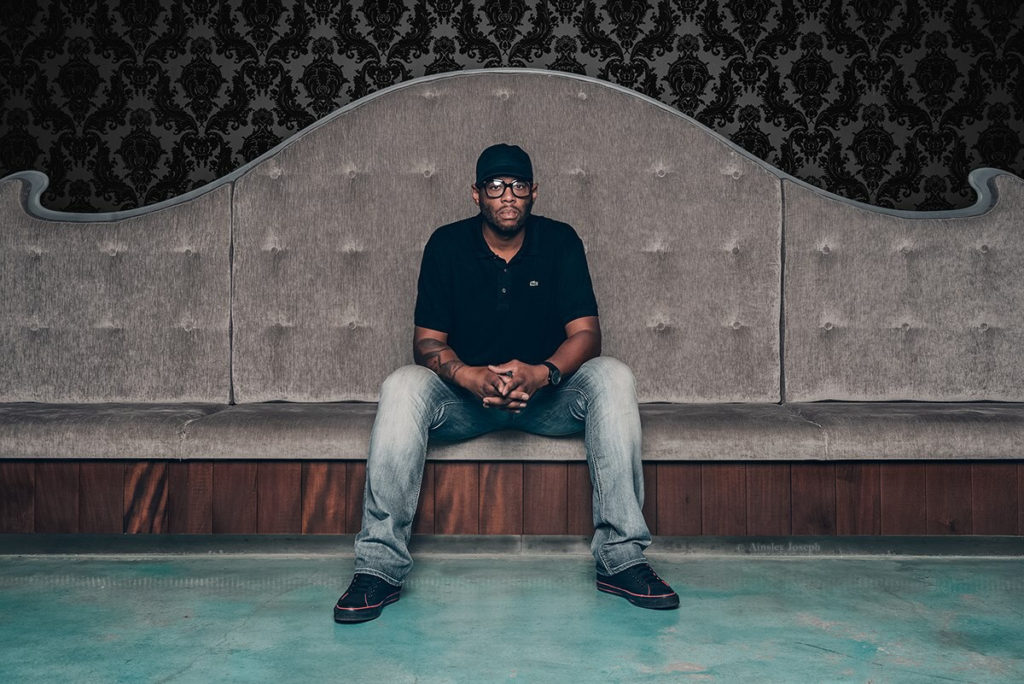 At his funeral I was humbled to see his family, struck by all of the extended fam Jamon had touched with his music. I wanted to say something when the opportunity was given that day but I probably wouldn’t have said it right let alone finish so I’ll say it here.

And so because I’m a lifer and because I’m not going to stop doing this thing, I want to say that the currency I have always found most valuable in my own personal journey is the respect and the love that we, as fam, trade with one another. Jamon was never one to short change anyone on that tip. You know, if I linked him a mix that I had just recorded, he would listen to it. There were times I’d be playing and he would stop me, look me straight in the eye and say with sincere conviction: “BADASS.”

Now I ask you what is more valuable than an honest compliment from your fam?

So don’t let the times you’re looking toward, or looking back to for that matter, blind you from what you ought be focused on. The point of all of this is seeking, finding and nurturing relationships. Find the fam you can ride that roller coaster with through it all. Expand it. Cherish it. Speak your truth to it and through it. Let’s live together. 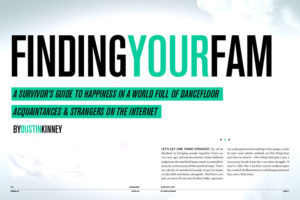