“Paul’s set-up was like nothing I’d ever seen before,” Gant said. “He used one turntable, a mixer and a 4 track cassette deck with pitch control. And with that, he played tracks I’d never heard before.”

Two decades (and change later), and Paul Johnson is turning 44. We go around but one time on this Earth, and this Saturday Chicago’s beloved DJ is celebrating with friends including Gant-Man, Michael Airhart, DJ Gene Hunt and Czboogie along with what will likely be a throng of fans, friends and party people. 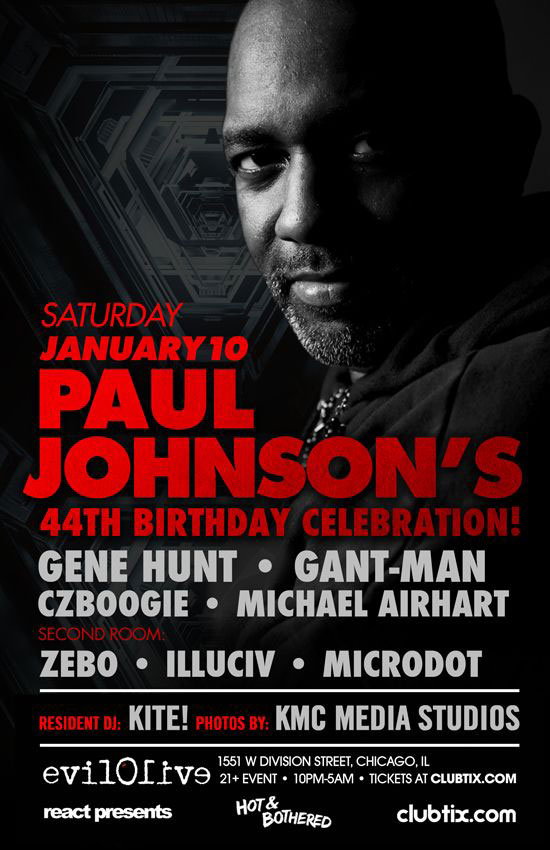 Acid is Love, Acid is Life & Kerrie Debuts on I...