After 500 episodes of his White Noise radio series, Dave Clarke has put together an eclectic collection of ferocious techno and scrapyard electro for your enjoyment.

Dave Clarke Presents: A White Noise Retrospective is out now on bandcamp and features 11 tracks featuring the kind of “personal curation of music and artists he exposes every single week on White Noise radio.”

There are several stand-out tracks here, including the rather operatic hunk of techno called “Operations Manual” by the (curiously named given the context) Simplicity Is Beauty. And as far as electro goes – retract your nails, as this isn’t the fist pumping kind. Lectromagnetique’s “Alienation” offers a good enough representative sample of the droning yet curiously uptempo music up for grabs.

All proceeds from the €5 collection (about five and a half bucks American) goes to the No Guts No Glory Foundation, a charity that raises funds for cancer treatments that are not (fully) covered by health insurance in The Netherlands.

Dave Clarke Presents: A White Noise Retrospective is out now on Bandcamp. 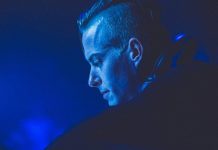 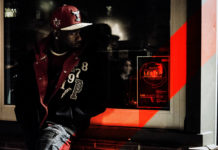