Soup, the label from the long-running, innovative NYC party promoters features a few of my favorite people on their second release. They’re apparently on a mission to Make Raves Great Again, utilizing what probably has a name but which we always called the Hot Wew Sample that wound its way through every rave anthem of the era. And I believe that … yes, I definitely hear San Francisco breaks in that wicked breakdown. Even the sample of what I guess is Derrick Carter’s voice has a certain flavor to it, familiar to those who looked for the weirdest and most unique sample hooks for their tracks to give them all a rise.

Atnarko (another Fam&Friend) conducts his remix like an autopsy, stripping everything away and building it back up with drums that stab at you like a hot knife. And that’s the edit NOT called the “Deep mix,” which sits you down in the center of a big empty afterhours while bodies slowly begin to mill around from the margins to the center in. It drives you into a frenzy just this side of a total functional breakdown.

Out now on Beatport.

Originally published inside 5 Magazine Issue #134 featuring Lay-Far, Inaya Day, Danism, Minneapolis Exchange and more. Become a member of 5 Magazine for First & Full access to everything House Music – on sale for just $1 an issue! 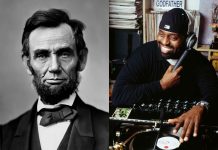 “Roe & Casey Are Overruled” – Resources for a post-Roe America

John Tejada creates a soundtrack for the COVID era on Sleepwalker